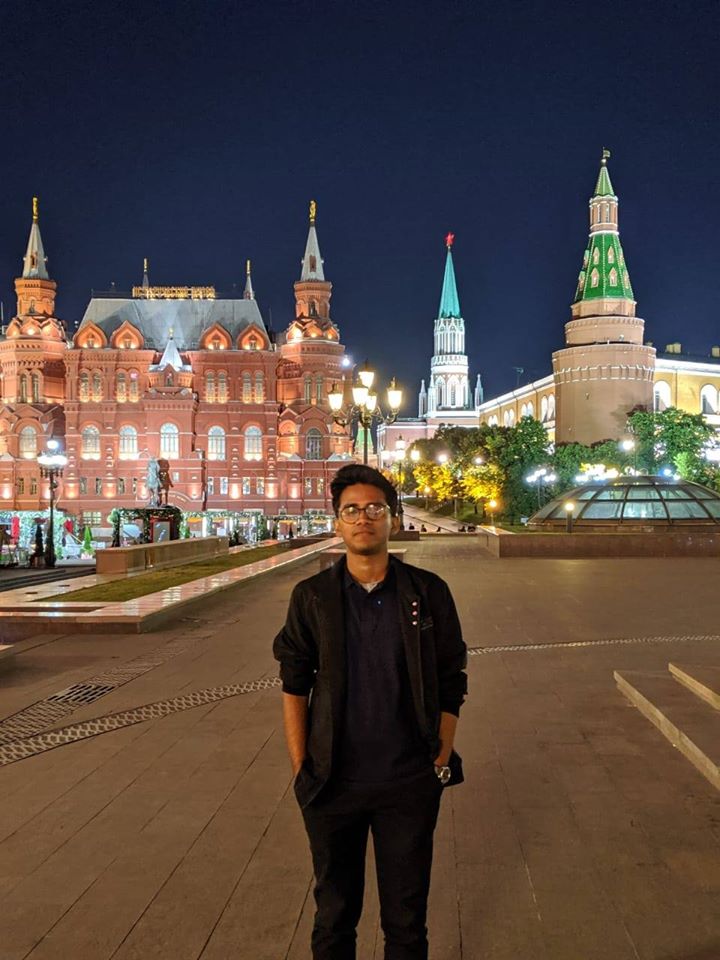 
Q: Why do you think FT is important for a college student?

A: If a person has planned for higher studies, FT is a trump card for him/her. It increases one’s chance of getting into a good institution, especially if you publish your own papers in FT. Living in a foreign country, its people and the environment develop one as a person, one gets exposed to the world, learn about new cultures, gets to know their way of seeing life.

Q: How did you apply for FT?

A: Before applying for FT I had to make sure I had a really good grasp on my research topic. I had taken up a project under a professor at IIT KGP and had worked under his guidance for 5 months. This improved my hold on the subject matter. Later I had published research papers on the same which I presented in a reputed conference in Japan. The important thing is to develop interest and present the same while applying. Then I found 30 - 40 professors around the globe working on the same research topic and mailed them personally attaching my CV and the recommendation letter from professor. I got offers from 6 of them, but I selected the one from the National Institute of Science and Technology, Moscow because that professor’s works matched mine closely. While mailing it is always good to mention what I could contribute to his lab and not the other way round. The recommendation letter from my professor at IIT KGP really helped.

Q: How will you describe a typical day in Moscow?

A: I was allocated a PG hostel 5 km away from the institute. Every day I took the metro or tram to work and reached by 11. My work started by 11 and ended at around 6. Also, I used to wander the place in my free time with my friends there. There we had to cook our own food. Out of 6-7 hours of work, almost 2 was spent on a one-to-one interaction with the professor. He used to ask me a lot of questions which helped me develop my scientific skills and developed much more interest in me.

Q: How will you describe your overall experience?

A: It was a life-changing experience. I felt very good knowing foreign people and their lifestyles. I used to wander in Moscow till midnight with my friends. I also joined The Moscow Language Exchange Club. In there you were supposed to teach the Russians English and they would teach you Russian. It was a good way to interact with local people.

A: It completely depends on the professor whether or not he will judge students on the basis of their CGPA. I think that while applying the professor did go through my CV and checked my CGPA.

Q: How did you manage your expenses?

A: The accommodation charges were quite expensive in Moscow. My professor had waived my living expenses which really helped me. The transport there was much cheaper compared to that in India. Museums, parks, etc. were all free for students. The food there was cheap too.

Q: What advice would you like to give to our fellow KGPians?

A: FT is good but it requires hard work. First one needs to know where one's interest lies. You just don't go for FT for the sake of it, you do it to get exposure in the field where you have generated your interest and have already worked on. You need to first master all the fundamentals. And if you develop a passion for it, it will prove to be fruitful later. The best time to start mailing the professors is around January. With the mail, one should attach his/her CV, previous works in the research area, and what would you contribute to his works. It is always good to get a recommendation letter from the professor which helps you later.