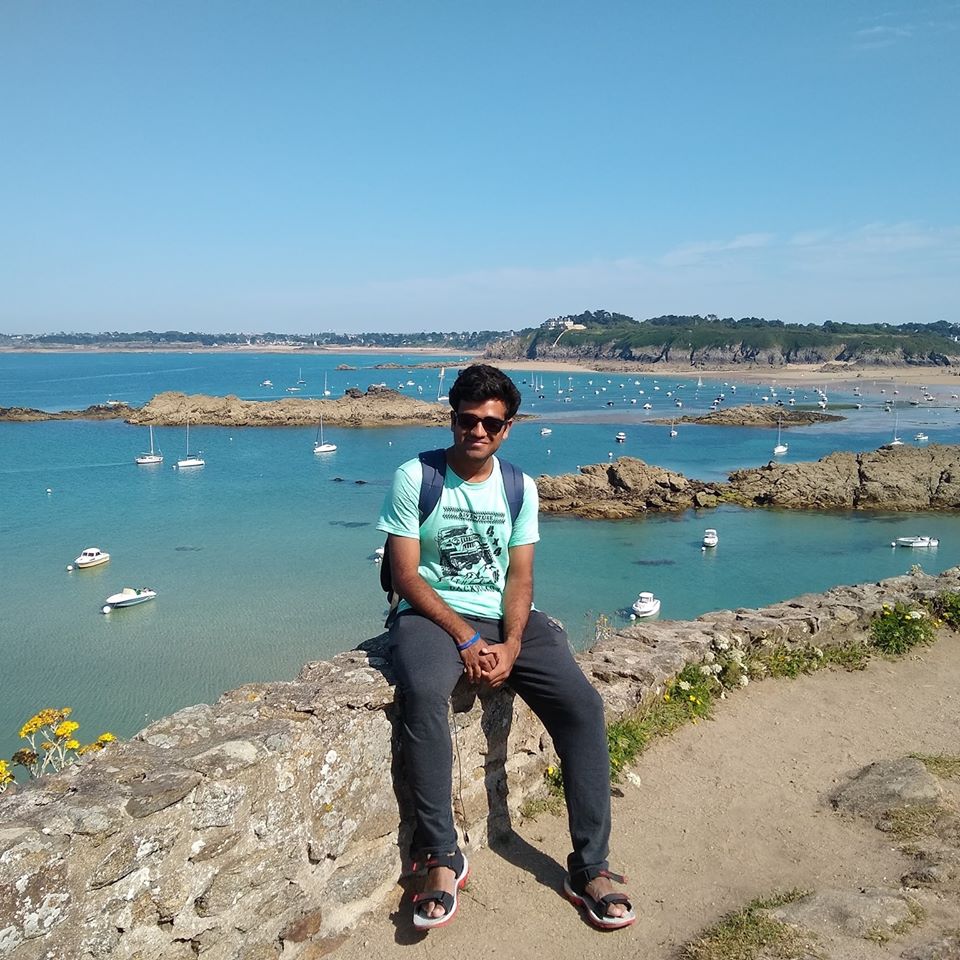 
Why do you think Foreign Training is important, how was your experience?
First of all, the experience was pretty good and mainly for people who want to do higher studies or who want to go in the core department it gives them international exposure of the research labs. They will find a lot of differences in the ways research is done there then what is done here. Secondly, it’s something we should experience out of the academics and you meet new people and make new connections.
What was your FT about ?
It’s on Carbon Dioxide sequestration. It’s an experimental project along with some numerical simulations. So i did experimental project in the Lab on carbon dioxide sequestration and other than that I also did some numerical simulation on the same.In a nutshell it’s like the application of fluid dynamics in geoscience.

What procedure did you follow to get a Foreign Training ?
Mainly mailing, I was interested in this field - ‘flows in porous media’ and I wanted to do an experimental work. So, I started mailing professors in this field. In one of the replies I found the project very interesting and I was also given enough stipend to support me finantially.

Did you do any projects here which aligned with your Foreign Training ?
Yes. One of the projects that I was doing here in the institute under my department professor was on similar lines on flows in porous media, so that’s the project that made me interested in this topic and I wanted to do further research on this.
How did you convince the professor that you are the best fit for this project?
So I sent him a mail along with my CV and he got impressed about the work I was doing here. He took a two round interview. The first round was taken by one of his Post Doctoral student. So the student enquired about the work I was doing here, what are the works that I did, their results and what are the skills that I have for the numerical simulations. The second round was taken by the professor himself, so he was mainly discussing about the project he had in order to take me in. He found my skills suitable and so he selected me.
How did you manage your finances?
In France, they have something called ‘labour law’ according to which anyone who works in France have to be paid a minimum amount of some Euros and I was paid a little more than that and that was enough for my food, accommodation, flight and I also saved a little.

How is the work culture there ?

The work culture is pretty good. The people there have a good balance between their work life and their social life. That I found really interesting. They don’t take a lot of pressure and they do their work sincerely.
Role of CG for FT?
It really matters. Some of the programs like Mitacs and DAAD all have a CG criteria. When the program opens and there are a lot of CV submissions, so if you put yourself in their chair you don’t expect them to go throughout your CV to see what projects or other things you have done other than your CG. So the first basis of selection is done based on your CG itself. So CG actually is very important according to me to get FT.
What would you suggest to your fellow KGP ians who aspire to go for Foreign Training?
First of all you should know why you should do a foreign training that is whether you want to do your higher studies or you want to explore your areas of interests and a foreign training in an undergraduate level helps you a lot in getting an exposure in those topics.