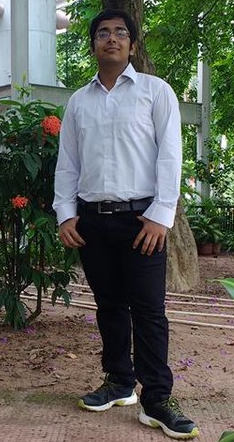 
What was the process that you went through to bag your FT?

For me, the process started in September, when I started looking through the profiles of different professors and mailing them. I also parallelly applied for some funded programs like the UARE, MITACS, Summers@EPFL, etc. I consider myself lucky enough to get selected in the UARE ( University of Alberta Research Experience) program.

How was your overall experience?

The attempts to bag the FT were really frustrating. I first listed around 250 professors from over 50 universities in my field in a CSV file to keep track of multiple things ( like Exact area of the professor, possible ongoing project which I can join, logs of the emails sent/read, etc). I tracked each mail with Boomerang for follow-ups. I tried to personalize the mails as much as possible, and so, I was able to mail only ~ 50 professors, as personalizing mails does take a good effort. For example, in some of the mails, I also tried to write how I would handle their ongoing projects, which, again, is a challenging task. Even though the mails got attention, I was rejected by many, mostly because of my poor CG (for FT in ML, an 8.7 CGPA is safe to be called poor unless your projects are really amazing). However, selection in the UARE program compensated for almost everything. The experiences in Canada was really nice and unprecedented for me. Besides the cool professor and group-mates, the trips I had could well be called “once in a lifetime “ experiences.

How was the University of Alberta in terms of research and campus life?

The labs were quite advanced. The server that I was working on had 1024 GB of RAM !! I guess you must have got a fair idea of the facilities there. Campus life was really great. People were more friendly than one could expect. There hardly remained any work pressure after a chat with any of them.

Can you tell something about their system, that you found really interesting, and can be implemented here in IIT Kharagpur?

Actually, implementing something of that order is really difficult in KGP. Here we have to think about a lot of factors before bringing about any change in the system. And the people there were amazingly acceptable to discussion and ideas. For example, the professor that I was working under was one of the leading professors in Machine Learning and led the AMMI lab, which is one of the best labs in its field. Even then, he was very humble, and one of the jolliest professors I have met. I could easily put my doubts forward, and he reacted in the most friendly way when I spoke against his ideas.

What is your suggestion for juniors who want to go for an FT?

You should preferably start a similar procedure by the end of August. Keeping track of emails could be helpful. In rare cases, you might get lucky, although you started late, you cannot count on that. Only if your field of interest is very specific or your CG is really high, you might get an FT with a late start. Mass mailing should be avoided as much as possible, as you might get blacklisted even before the professor has spent a few seconds on your mail.

How did you manage your finances?
I was awarded 6000 CAD through the UARE program, which is more than enough unless you are really lavish.

Any weird experiences?
I was fined 155 $ for not wearing the seat belt in the REAR seat of the car.