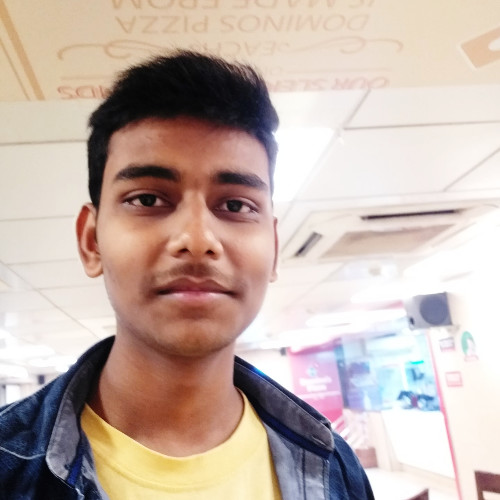 
From where did you get the motivation? How did it all start?

I joined the research group, AGV, in my first year. I worked in the field of Autonomous vehicles for the last two years. So I was highly motivated in that field. In my second year, I did an internship at a company named AMX in Bangalore. There I worked in the field of autonomous aerial vehicles. This field fascinated me a lot, which motivated me highly to think for a foreign internship. Also, I’m thinking of doing masters. So foreign internship adds a significant amount of value to get a Masters, like if you want to do masters at any universities abroad, so it is highly recommended if you can get a Letter Of Recommendation(LOR) from any professor of the US.

How did you handle your preparation with your academics?

Handling academics wasn’t much challenging as all this mailing and preparation didn’t take any extra efforts. We just had to mail the professors. One thing is that mailing must be frequent. I did projects in AGV, in areas pertaining to the same domain of my interest.

What was the role of CG?

What I think is that CG didn’t play any role in my case. In all the three universities or the company, they didn’t ask for my CG. However, it is recommended to have a CG greater than 8 or 8.5.
How is your university going to manage everything in this confusion of Covid-19?
We used to have weekly meetings with professors. I was assigned a mentor who was a PhD at CMU. So we have weekly twice or thrice meetings with him. So it was pretty good, but it could have been much better if the situation was normal.

What were the difficulties you faced during the entire process?

The problems mainly were internet issues. I had to work with the servers. There are GPU servers installed at CMU, so I had to access them through my laptop. So the main issue remained was the internet speed. Also, as we are living in India, even if I had been at IIT KGP, the latency issues would be there. And only if I had got to go to us, I could get latency issues to zero.

Did the current pandemic situation affect you in any way?

Other than this the hardware aspect of working on a real robot, so that couldn’t be done. All the things had to be done through the software. The real-life implementation was hampered. This was a major problem.
However, there were many good things as you could do the stimulation because of which I was exposed to a better stimulation condition where I could sense the hardware not fully of what happens in real life but approximate to that.

How was the CDC? Did you get an internship?
Yes, I went through the CDC and banged the internship. I will be joining analog devices. It would be an amalgamation of what I worked with. The project will be on machine learning and implementing that in the embedded system. In AGV, I have worked on electronics as well as computer regions and deep learning parts. So it’s a combination of these two and will be put up in a new dimension on the electronics part. The project is mainly for companies like BMW and Mercedes for Autonomous vehicles. Thus it nearly matches all my abilities.